Nesting - Part of a Movement for Change

Nesting - Part of a Movement for Change

Two blue jays built a nest in my lemon tree early in the spring, and I had patiently kept my distance as they diligently tended their young over the past months. As it turned officially summer this weekend, I decided it was time to get the ladder out and take a closer look at their handicraft.

The outer layer of the nest was made of hundreds of of twigs about ⅛ to 1/4 inch in diameter.  The liner was comprised of thousands of long strands of fine grass along with threads from my sewing in the yard, pressed into a 1-inch thick mat until it mirrored perfectly the shape of the mother bird’s breast -- all part of Mother Nature’s plan for survival of the species, and encoded in their DNA. 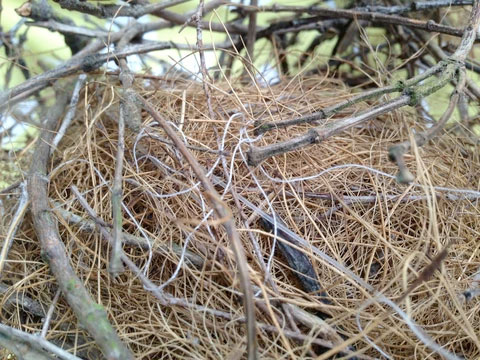 There is a saying among architects; “the only thing man cannot build is a bird’s nest’.

From the very onset of our awareness, we are all born into a nest that shapes how we experience our world.

The interplay between the human newborn and the outer world has a profound affect on how easy or difficult the first days, weeks and months of life are.

INTEGRATING BABY INTO YOUR DAILY LIFE FROM DAY ONE

If it is a hostile, cold or unresponsive environment the baby is hard-wired for either fight or flight. Neither is good.

If it is a warm, welcoming, nurturing and responsive environment, the baby will find its natural rhythms of waking, feeding, sleeping and exploring the world around it.

Mothers throughout history mothers have known this, and in every culture women have created ‘nests’ -- finding different ways to attach their babies to their bodies to ensure that they have the intimacy, warmth and nurturing they need to survive and thrive during the first months of life.

It has only been in the last hundred years, and predominantly in Western cultures, that the idea that the ‘place’ for infants was in a crib or baby carriage, became the norm. This shift came at the same time that commercial formula became popular, and it became prescribed practice that your newborn should sleep through the night or be left to ‘cry it out’.

It is only, thanks to recent research, that these mores were not only found to be wrong, but harmful.

Part of my motivation in creating the Nesting Days Newborn Carrier was to become part of a movement for changing how we welcome the newborn into the world, and to give voice to the innate knowledge that resides in our species, to nest and nurture -  during the Nesting Days.